Gjirokastra, is also known as the stone city, and has been protected by UNESCO since 2005. It is one of the last Ottomans -style cities left in the Balkans.

Gjirokastra was an important administrative center of the 19th century, populated by landowners who built majestic fortified tower houses. The city has over 500 historic buildings. The peculiarities of the time of life in Albania also left traces in their architecture: protective structures were needed, because Albanians occasionally fought against each other; furthermore they rebelled against the High Gate in Istanbul. Today's city of Gjirokastra includes the Old Town, the castle (the first settlement nucleus) and the Ottoman-style quarters - built on crests, coming from the castle to the valley basin, where there are contemporary buildings and university complex. The traditional neighborhoods lie in the form of rays around the castle with the names Cfakë, Dunavat, Manalat, Palorto, Varosh, Meçite, Hazmurat, Old bazaar. Because of its proximity to the classical and Hellenistic centers: Jerma (Antigonea) and the Roman city of Adrianopolis near the village of Sofratica, it is often thought that the earliest settlement in Gjirokastra is the medieval fortress. But on this thesis, doubts have arisen as the discoveries inside the castle have revealed pottery in four different stages of residence before the Ottoman period: in the V - II centuries BC, the V - VII centuries, the IX - X centuries and the XII - XIII centuries. The earliest from these phases brought traces of a considerable wall made of blocks, suggesting that there was an important fortification of the Roman era on this side of the Drino River valley (before 168 BC).

What's Not Included?
Food and drink
Price: 44.99 euro per person 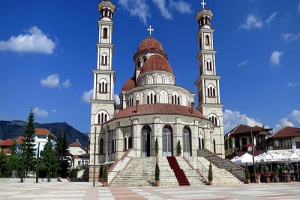 10 Day Tour: The Best Of ALBANIA

Discover THE BEST OF ALBANIA ❤Visit the most beautiful places in 10 days. Be part of our tour and e... 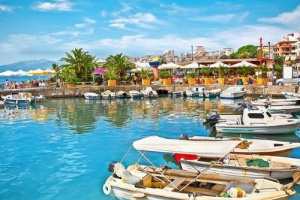 Visit of the sites under UNESCO protection - 7 days

This 7 day tour aims to present Albanian cities/sites and objects, which fall under UNESCO protectio...

Permet is known for cultural, health and ecological tourism. The trip to Permet is quite cozy, so it...